I am fortunate to have had the opportunity to observe and photograph four total solar eclipses all around the world.   A few weeks ago, I drove with my family to Salem, Oregon to photograph the Great American Eclipse on August 21, 2017.  I delivered a lecture on eclipse photography before an audience of about 400 eclipse chasers and scientists, and I was also interviewed by the New York Times.  But most important, I was able to capture some amazing images of the big event!  In today’s post, I share a few of those images and discuss how they were made. 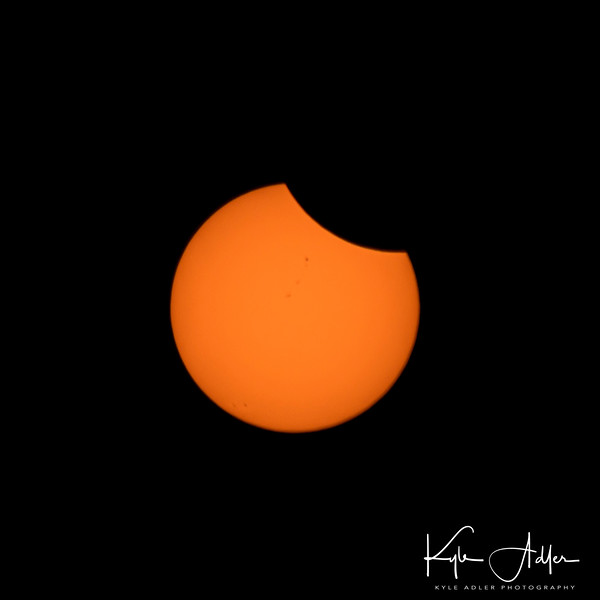 For tips about how to make close-up portraits of the sun during an eclipse, check out this post: Post on Eclipse Photography.  My best advice is to use a very sturdy tripod, turn off vibration reduction or image stabilization on your longest telephoto lens, manually focus before the start of the eclipse (and use a piece of tape to hold your lens’ focus ring in place), use ISO 400 and f/11, and bracket your exposures to ensure you’ll have some that are well exposed.  Of course, you will need to use a proper solar filter over the front end of your lens for the entire eclipse except during the brief period of totality.  Buy this photo 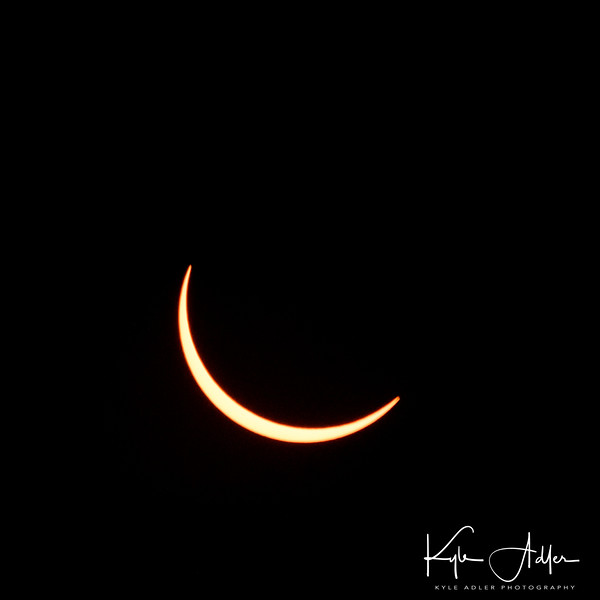 As totality approaches, the sun becomes much less bright and your exposure will change dramatically.  You may have to boost your ISO setting and/or open your aperture to capture these last partial stages before totality.  Buy this photo 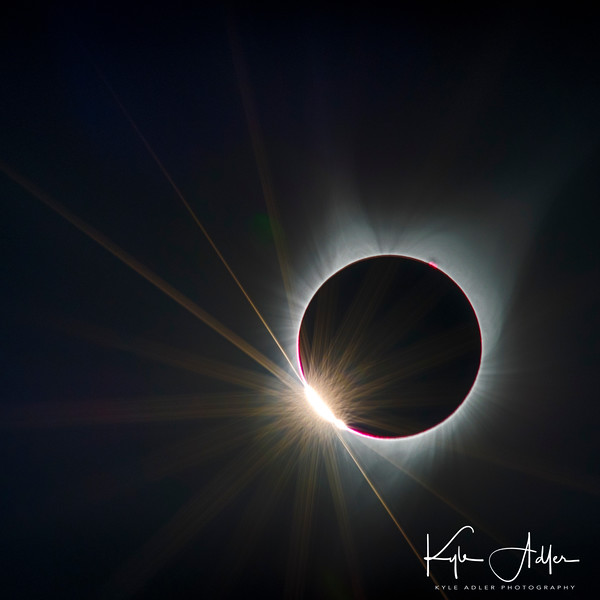 It’s important to know exactly when totality will begin.  Set a timer to be sure you don’t miss it.  I like to remove the solar filters from all my lenses about 1 minute before the start of totality.  Then I am ready and waiting for the diamond ring effect to signal the beginning of totality, and I’m ready to shoot and capture this beautiful moment.  Just be sure you don’t look directly at the sun through your lens after removing your filter until the diamond ring effect has taken place, or you could damage your eyes or your camera’s sensor.  Buy this photo

It is especially important to bracket exposures during totality, because the range of brightness values between the bright inner corona and the dim outer corona is too great for any camera’s sensor to capture in one image.  By shooting a series of several different exposures, you can combine them during post-processing using HDR (high dynamic range) software, allowing for all the subtle beauty of the corona to be captured.  This favorite image of totality shows colorful prominences, ethereal streamers, and the rarely seen “earthshine effect” whereby the surface detail of the moon is lit entirely by sunlight reflecting off the earth.  Buy this photo

The second diamond ring effect occurs moments after the end of totality.  This HDR image combines seven of my bracketed exposures, yielding an image of breathtaking beauty.  Buy this photo 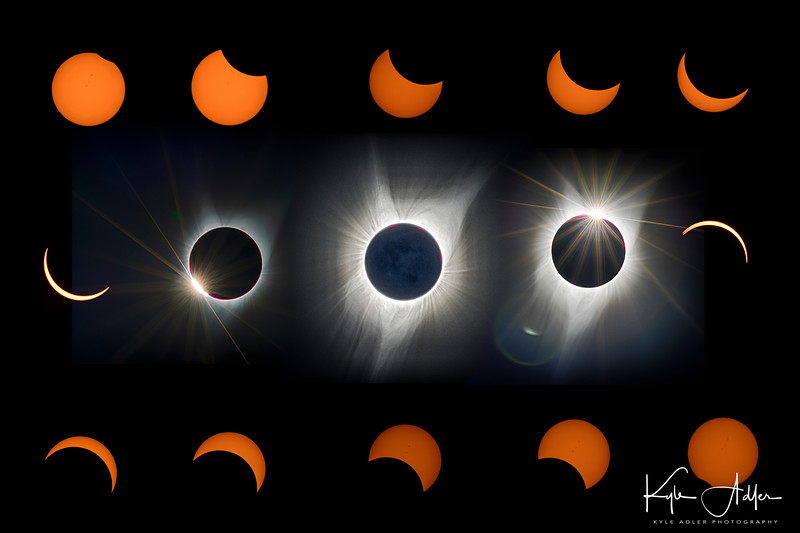 Get creative about displaying your images after you get home.  This montage was made from 15 of my favorite images to show the progression of the eclipse from partial stages through the diamond ring effect, into totality, and back again.  Buy this photo 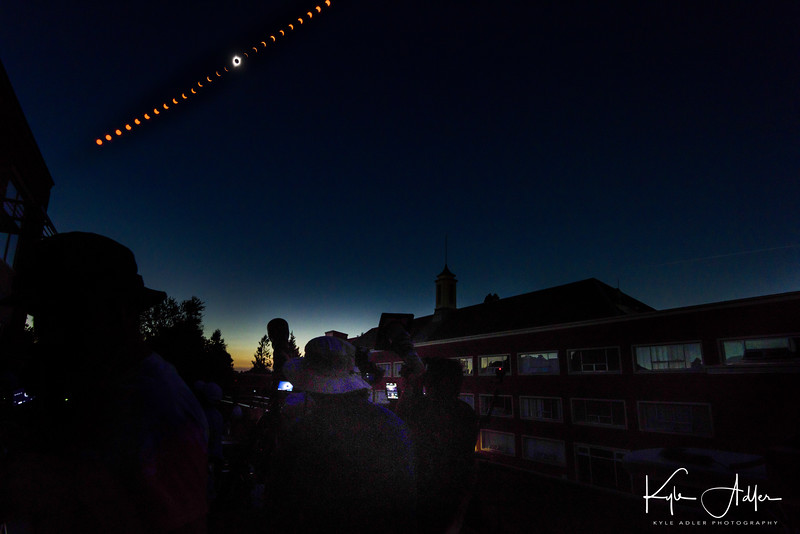 I used a second camera with a wide-angle lens mounted on a tripod and controlled by an intervalometer (timer) to shoot a bracketed set of exposures every 30 seconds during the whole eclipse.  In post-processing, I combined the images into a time lapse montage showing the movement of the sun across the sky in different stages of the eclipse.  Note that I am standing in the foreground operating my other camera, the LCD screen on which clearly shows a closeup image of the sun during totality.  Buy this photo

Did you observe and/or photograph the Great American Eclipse of 2017?  Please share your experiences here.

Want to read other posts about photographic techniques?  Find them all here: Posts on Techniques.